The fear associated with a palmetto bug bite is all genuine. These large roaches roam around freely and can end up anywhere. Even crawling on you. I have been living with this fear for a long period of time. However, after proper research and discussions with pest control experts, I learned that there is not much to worry about.

Do Palmetto Bugs Bite? Yes, palmetto bugs do hold the capability of biting, but they don’t bite for the sake of attacking back. Like other types of roaches, they wander everywhere in search of food, and during the process, they bite anything they can eat. Very few cases of Palmetto bugs bites are reported.

How exactly do palmetto bugs bite?

Palmetto bugs (The American Cockroach) bite using their mouthparts known as Mandibles. According to recent research, it is observed that palmetto bugs use a combination of fast and slow-twitch muscle fibers to give their mandibles (jaw or a jaw bone) a “force boost” that enables them to chew tough materials.

The amazing fact is that they only activate slow-twitch muscle fibers while chewing on tough materials like wood that require repetitive hard biting to generate a bite power that is 50 times stronger than their own body weight. (Source)

Palmetto bugs can only bite. They do not sting like bees as they don’t have this capability. Their mouthparts do not include anything that could be called a sting. Moreover, unlike bed bugs whose bites are usually found in groups in a straight line, a palmetto bug bite only appears one at a time.

Cockroaches including the palmetto bug species are not aggressive, and usually, they do not attack back. This is because roaches are not active towards their biting instinct. Hence they do not attack humans like bees or paper wasp. Even if they are on any part of your body, in most cases, they will crawl away without inflicting any harm.

Why will a palmetto bug bite?

Palmetto bugs are not conscious of biting humans specifically. All they want is food, and they don’t care from where they are getting it, whether it’s a shelf of a kitchen, a trash can, fingers tips, or nails. They are even innocent to the extent where they do not even realize what they are biting exactly. So if you ask, can palmetto bugs bite? Then yes, they can.

Although Roaches look ugly and threatening, they are not actually that dangerous when it comes to biting. They never bite to harm someone; most of the time, they bite to examine whether something is eatable or not.

Considering the worst-case scenario, Palmetto bugs may bite humans if they cannot find enough food from other sources. The best part is that there are several sources from where they can get their feed; for example, they will even eat another dead cockroach. In addition, they can eat paper, wood, decomposing food and vegetation, poop, etc.

So, a fully grown infestation will increase the chance of one crawling on you, hence more probability of one bitting you. Learn more about palmetto bug infestation here.

When are palmetto bugs most active?

According to pest control experts, the most calls on American cockroaches are when the weather starts to cool down, and these roaches start moving inside structures. However, they are also found active in springtime when it starts to warm up, and there is a high chance of you spotting one of them.

Additional Read: How to Keep Cockroaches Away at Night?

Palmetto bugs are not friendly neither aggressive in nature towards humans, As they never plan on biting humans with an intent to inflict harm. The part exposed is more likely to get a bite.

This can include body parts like fingernails, eyelashes, feet, and hands. However, their bite is not extremely painful but a slight twitch. Nevertheless, it may cause lesions, swelling, and irritation.

Palmetto bugs bite look like a red spot which is not bigger than 1 half inches in most of the cases. After a cockroach bite, the area gradually starts to turn red. If you want to identify that whether a red spot on your fingertips is of a palmetto bug or something else, have a close look at the redness and size of the bitten spot. If it is a small reddish spot without any pain, the chances are high that it’s a palmetto bug bite.

According to research based on American cockroaches, One thing is clear that palmetto bug bites do not harm humans adversely in most cases. But in some cases, it turns into a wound infection. Moreover, palmetto bugs transfer or excrete pathogens, and they have a strong secondary role in the spread of some diseases. To learn more about the associated risk, visit the NCHH website here.

What to do if you get a bite

First of all, don’t panic if you find out that a palmetto bug has bitten you as their bites are not poisonous and do not cause immediate harm to your body.

Instead, observe the bitten area closely after certain time intervals; the wounded area would not last for long. If you notice any infection or the area gets filled with pus, which is less likely to happen, it would be better to consider a doctor. Man shot after throwing shoe at Roach (Its TRUE) I ate a Cockroach; What to Do? 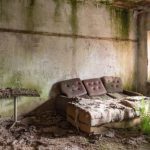 Wood Roaches vs Other Cockroaches: Differences Why do I keep finding dead cockroaches in my house?